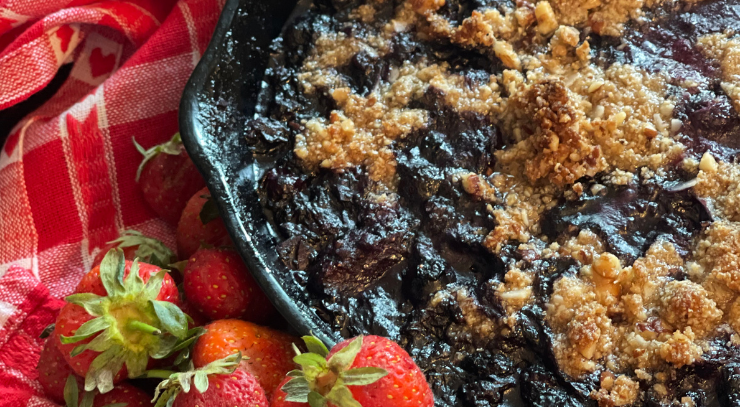 Sweet summertime! When I think of summertime desserts, I think of berries. In this post I am going to show you an unbelievable recipe using fresh strawberries and blueberries. Warm and bubbly from the oven, topped with fresh whipped cream Skillet Berry Crisp with Keto Vanilla Whipped Cream, what a treat!

My oldest son and his gal surprised me last week with a gallon bag full of freshly picked local strawberries. I have eaten some everynight since and they are sweet and delicious and seriously enough to satisfy my sweet tooth. However, I knew the minute he gave them to me, I wanted to make a berry crisp and of course it has to be Keto! So the Skillet Berry Crisp with Keto Vanilla Whipped Cream was created.

What is a Skillet Crisp?

A skilled dessert is just plain fun. Just start with a skillet on your stove and finish it in the oven. A cast-iron skillet is typically used for a skillet dessert, it gets everything nice and bubbly and makes for a great presentation. The cast iron skillet in this recipe is 7 inches in diameter and makes just the right amount for 6 perfectly sized servings without putting you into dessert overload. Don’t have a cast-iron skillet, no problem, just use a baking dish.

Putting it all together

The ingredients for this Skillet Berry Crisp with Keto Vanilla Whipped Cream are probably ones that you have in your keto pantry. For this recipe, I am using Swerve brand erythritol as the sugar substitute for both the granulated sugar and the brown sugar. Erythritol has been shown to not spike blood sugar which makes it perfect for a keto dessert recipe. Because of this, you will want to subtract the erythritol (sugar alcohols) from total carbs to get the net carbs.

Most of the ingredients in the recipe actually make up the ‘crisp’. Ah…..the crisp topping, I do feel the need to brag on this a bit. Brown sugar Swerve, nuts, coconut, vanilla, cinnamon, almond flour and cold butter come together to make this ‘cookie’ type dough that spoons right on top of the berries. In the oven this becomes golden and crispy and so yummy.

One last thing before watching this all come together. Strawberries and Blueberries are not the only berries that can be used. Blackberries would be fabulous in this recipe and would decrease the carb count making it even more keto friendly! Whichever berry you decide to use you will love making this delicious keto summer berry dessert! Leave a comment below and let me know what you think!

You can also watch the full video tutorial here on my You Tube Channel!

Stay on the rise,

Warm and bubbly from the oven, topped with a crispy cookie type topping and fresh whipped cream Skillet Berry Crisp with Keto Vanilla Whipped Cream, what a treat!

In a small food processor, like a ninja pulse the walnuts, pecans and coconut until you have a dry oatmeal like consistency. If you do not have a food processor, then just chop by hand.

Put cast iron skillet on the stove over medium-low heat.

Melt 1 Tablespoon butter in the skillet.

Add the strawberries and blueberries to the skillet, add the 1/3 cup granulated white erythritol and stir all together. The fruit will soften and release some of their juices.

In a separate bowl, mix together the almond flour, brown erythritol, salt, cinnamon, nut mixture and cold butter until the mixture comes together and resembles a cookie dough.

Using a serving spoon or ice cream scoop, divide 6 equal amounts of the cookie crisp and place over the fruit mixture in the skillet.

Place in oven and bake 12-15 minutes until the cookie crisp is golden brown and the fruit mixture is bubbly then remove from the oven and prepare the Keto Vanilla Whipped Cream.

In a stand mixer or with a hand mixer, whip 1/2 cup heavy whipping cream with 1/4 teaspoon vanilla until a stiff peak forms.

Tip: If the heavy whipping cream is cold it will whip up faster! Nutrition facts figured with the app Nutrifox. When figuring the Net carbs for this dessert you will subtract the fiber and the sugar alcohols (the erythritol) from the total carbs. For each serving which is approximately 1/3 cup the Total carbs=30, subtract the fiber (4 grams) and the sugar alcohols (19 grams) for a net carb total of 7 grams per serving.

Cheesecake with a Nut Crust and Pumpkin Spiced Whipped Cream 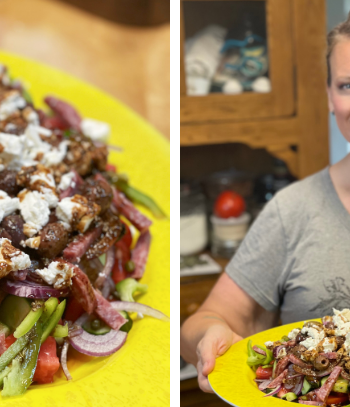 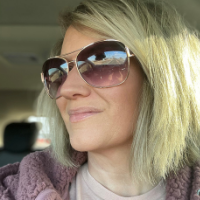 I'm so happy you are here! I believe that every person should be living their best life. Weight struggles and health and wellness issues should not be holding you back from living, doing and being all who you can be! We can achieve all of this through a Keto lifestyle. So, let's make some great food, motivate one another and make our home the best it can be so we are living each day to the fullest!

Copyright 2021-Keto On the Rise